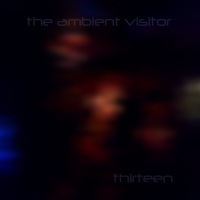 by
The Ambient Visitor

The new longform ambient album from The Ambient Visitor, a side project of BFW founder Bing Satellites.
A continuous, 57 minute piece split into three parts.
The music is generative:
each note is played in a long loop, the length of each loop if different for each note, so although the music may seem to vary only slightly, it never quite repeats itself.
I decided, perhaps because this is the thirteenth album, to start off in a darker mood. However, the key changes from the minor to a brighter major around half way.
The tracks on this album (and albums to follow) is named after Apollo near-Earth asteroids, objects whose orbits cross that of Earth.
There are many hundreds of known Apollo asteroids, though only a few dozen have been named officially, so I may run out of names from this list as quickly as I did with TNOs.
theambientvisitor.com